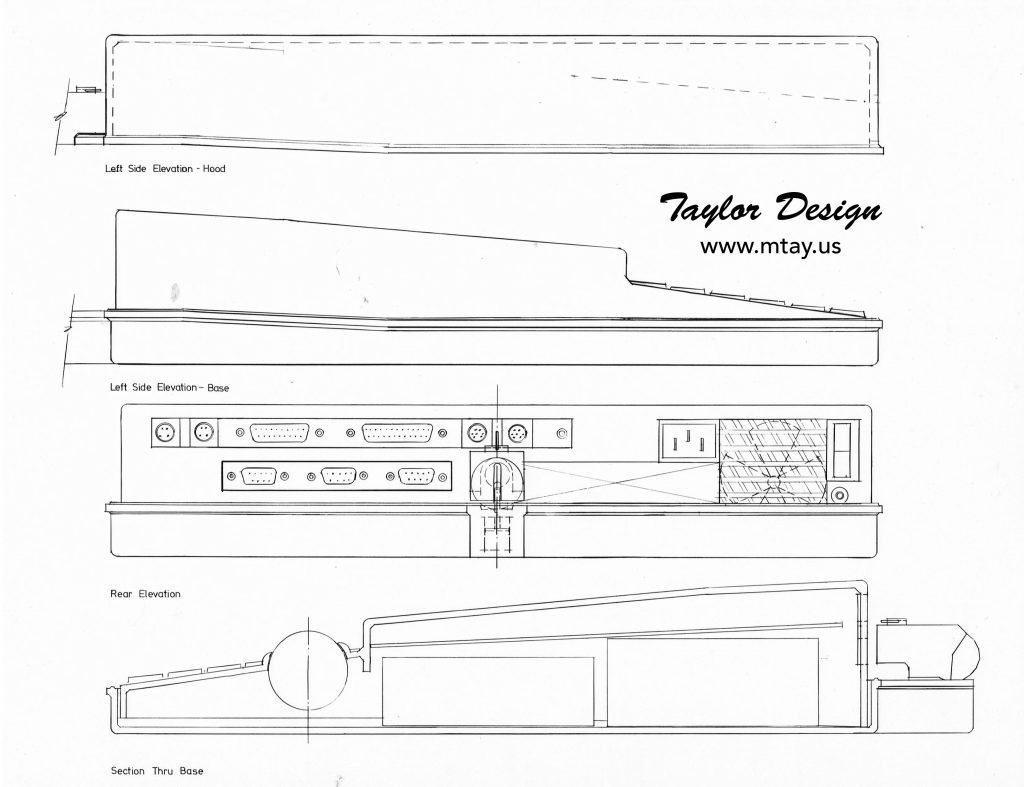 In the now obsolete aircraft that I once worked on category is the DC-8 for UPS (United Parcel Service).

In 1980 UPS opened its first major hub in Louisville, Kentucky and began acquiring recently retired commercial jet aircraft. These Douglas DC-8s, Boeing 727-100s and Boeing 747-100s were converted from passenger aircraft to freighters. Of 556 DC-8 aircraft manufactured from 1958 to 1972, around 200 were still in commercial service in 2002, mostly used as freighters and nearly half (97) operated by UPS.

I worked with a team of electrical, systems and structural engineers on a multi-faceted project including an instrument panel re-design, and cabin and service bay modifications.

By 2009, UPS had retired their fleet due to aging, increasing operating costs and strict noise and emissions regulations. The UPS DC-8 final flight landed at Louisville International Airport on May 11, 2009. The first flight of a UPS DC-8 had occurred 21 years prior, on February 1, 1988.

CAD was just starting to become mainstream in the late 1980s replacing the drafting board, T-square and triangle. Learning one method in college then transitioning to another in the workplace was both fascinating and crushing. While computer systems at the time were cumbersome, creating a digital archive of a sketch, diagram or drawing infused versatility never before imagined. Added to the designers tool set were prodigious new means of replication, revision, reproduction and redesign.

JANA was formed in San Antonio as a spinoff of Datapoint during the early years when computer systems began the transition from business machines to personal devices. A launch project for the new company was the digitization of design and manufacturing drawings, specifically wiring diagrams, for the relatively new and expanding America West Airlines. The airline icon would survive 25 years before acquiring and rebranding as US Airlines in 2007, then later merging with world’s largest, American Airlines, in 2013.

AutoCAD was the de facto standard digital drafting tool in the 1980s and it resembled closely the command line user interface of its operating system DOS. In time, an operator learned to think in its draw-line-X-comma-Y language as inputs often required the keyboard. Results were relatively swift, not unlike the drafting board, yet accurate to the decimal point. So it was for many months that I was entrenched in this process of digitizing wiring diagrams, rote in essence, and content in consummation. The tedium would, nevertheless, precipitate a career in CAD on a variety of platforms in architecture, engineering, aviation and manufacturing.

While working to earn a Master of Science degree in Land Development at Texas A&M University, I bought my first Macintosh—a Mac 512K enhanced. Finally, a computer for non-programmers. The Mac impassioned creative minds to flourish beyond the tedium of bits and bytes. My first “Fat Mac,” so called for the quadrupling of its predecessor’s 128K of memory, would later inspire the construction of a Macquarium. Numerous Mac purchases ensued, including an SE, Quadra 700, Mac IIcx, PowerBook 100, Color Classic, Macintosh TV, iMacs, and MacBooks. Each subsequent purchase served as a productivity tool in careers in design, engineering and marketing. For many years, when Apple was still Apple Computer, I consulted in information systems and held a role as an Authorized Apple VAR (Value Added Reseller). The masters degree got postponed but the inspiration to work more efficiently and creatively was largely attributable to the genius of Macintosh.

This was 1984. There were no cell phones. The Internet and email were in their infancies. MTV was a popular music video channel and texting tiny text pictures was not a thing. But the weepul (wee people) was. This emoji critter was the product of three Texas A&M University students and could be found in campus bookstores and other locations throughout Aggieland. They sold like penny candy at the register. Thumbs up to pre-emoji era pom poms.